The History of Our Organs 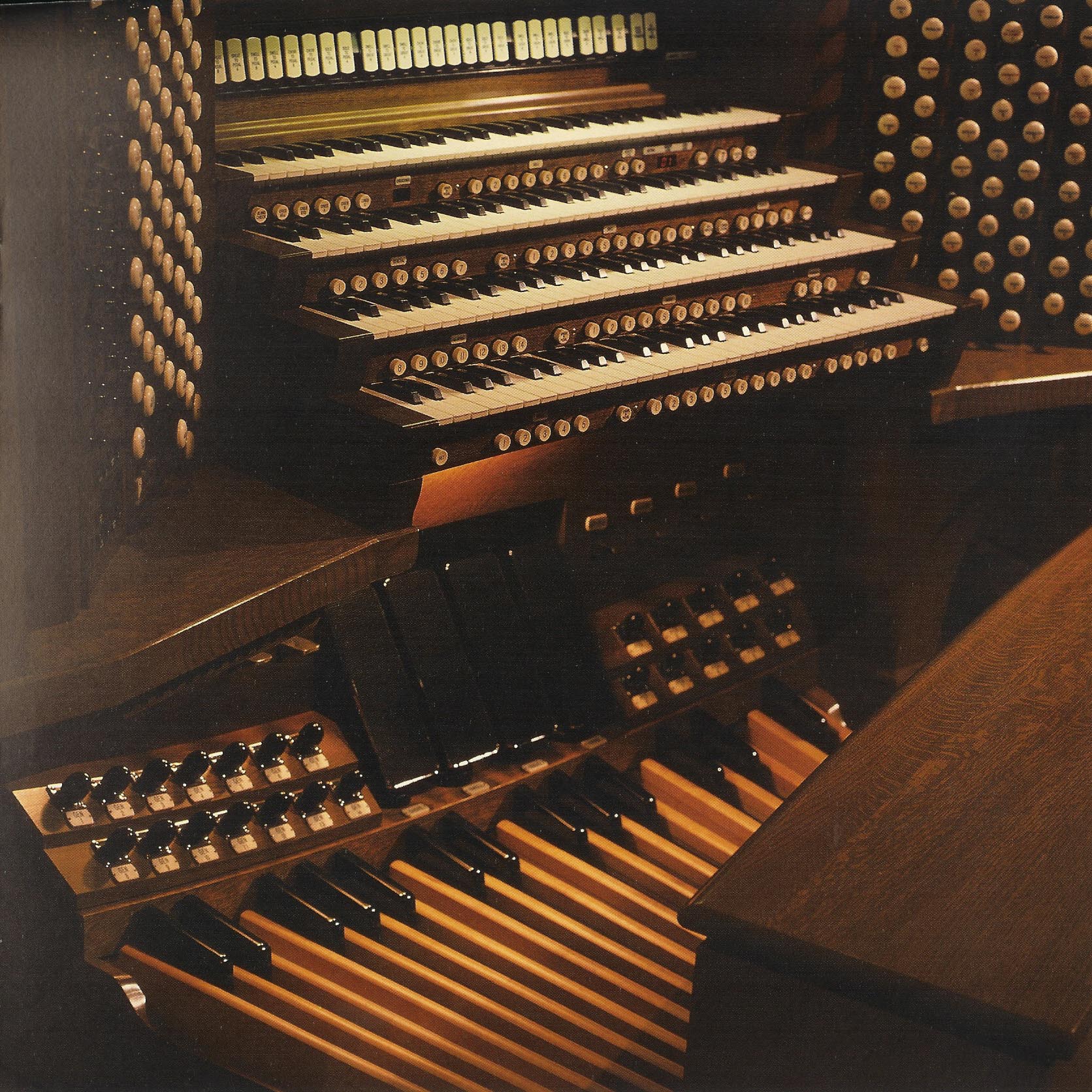 In 1935, THE CECIL MORGAN family presented the newly completed University Christian Church Sanctuary with one of the earliest Hammond electric organs in the city of Fort Worth. It served well for twenty-three years.

In the Advent season of 1957, Senior Minister Dr. Granville Walker surprised himself by announcing with absolutely no forethought that it would be an appropriate Christmas present to the church to give it a real pipe organ. Wouldn’t it be wonderful, he asked the congregation, if he could announce on Christmas Eve that all the money had been pledged for such an instrument?

At the close of the service, he sought Emmet G. Smith, Professor of Organ at Texas Christian University, to ask about the cost of such an instrument. In a matter of hours, the two outlined the stop list, or design. Within days, they approached organ companies for prices and dates of delivery. The cost for a Reuter organ with forty-one sets of pipes was $44,000; delivery would take one year. The largest single gift given toward the organ was $3,000. Even children brought Dr. Walker their piggy banks. On Christmas Eve, he made the happy announcement that the organ was underwritten.

Following weeks of assembling the thousands of parts of the mechanism inside the church, and then fitting the 4,083 pipes into the proper wind chest holes, the tonal finishing began. Each pipe was adjusted for pitch, volume and tone color to fit the Sanctuary’s acoustical environment. The final “voicing” of the organ largely determines the musical qualities of any pipe organ.

The Reuter organ was dedicated in December 1958, at morning services. Emmet Smith played afternoon and evening concerts to packed congregations, each beginning with the joyous “Wir Danken Dir, Gott” (“We Thank Thee, God”) by Johann Sebastian Bach. When installed, many of the organ pipes were displayed along the south wall of the Chancel.

Ten years later, enlargement of the Sanctuary doubled its cubic foot capacity. A small division called the Positiv organ was added to the Reuter, bringing the organ to 56 ranks. Even so, the basic organ proved to be thin and shrill in tone as it tried to fill the larger space with sound. Furthermore, all of the pipes were recessed into chambers and lost much of their power. The organ performed with little mechanical attention until it reached the age of 40, when leather in the mechanism that admits air into the pipes began to deteriorate, burning contacts developed in the electrical system. A decision had to be made about the future of the organ. In a church where splendid music is essential to the worship service and program, it was a crucial decision.

Under the leadership of Rev. R. Scott Colglazier, the challenge of a capital campaign was undertaken to enlarge educational facilities and improve acoustics and sight lines in the Sanctuary. A new organ was included in this planning.

When the Garland organ was dedicated September 29, 2002, the celebratory concert, played by Bradley Hunter Welch, began with the same piece of music that opened Smith’s recital in 1958 on the Reuter organ, Bach’s “We Thank Thee, God.”

Many of the stops in the 1958 Reuter Pipe Organ were too beautiful to lose, so Garland Pipe Organs Inc. agreed to incorporate these pipes into the new instrument.

Two new oak cases display polished zinc and pure tin pipes across the front of the Chancel wall on either side of the cross and the round window. This arrangement allows the Principal pipes of the organ to speak directly down the Nave of the church, producing the best possible tonal result in our long sanctuary.

UCC is now blessed and fortunate to have an instrument versatile enough for worship leadership, choir accompaniement and professional guest recitalists. Recitals at UCC have ranged from theater organ style accompaniment to silent movies to great classic literature played by the best cathedral organists from France. This Garland organ will indeed provide decades of inspirational music to our congregation.

The new console can also be moved on built-in casters to different locations in the Chancel, permitting proper placement of the organist for oratorio and orchestra performances. Four, rather than three manuals of the former organ greatly expand the organ’s capabilities, as do the many additional combination pistons (presets) and memory levels. Now, each organist can have his or her own set of pistons to use in preparing the music for services.